Seaman puts itself in position for league bowling titles

There can't be any celebrating until Friday, but Seaman's boys and girls bowling teams did what they could Wednesday at West Ridge Lanes to win Centennial League team championships and will now play the waiting game.

Eight of the nine league schools competed in the league meet Wednesday in two separate sessions, but Emporia did not have school Wednesday due to weather conditions and was not allowed to travel to Topeka to compete. The Spartans will compete Friday, with all of their scores counting in the final team standings.

In the meantime, Seaman put up the scores to beat in the league race, with the Viking boys rallying for a 3,380-3,330 margin over Washburn Rural, while Seaman's girls are in control by a 3,079-2,969 margin over Rural. 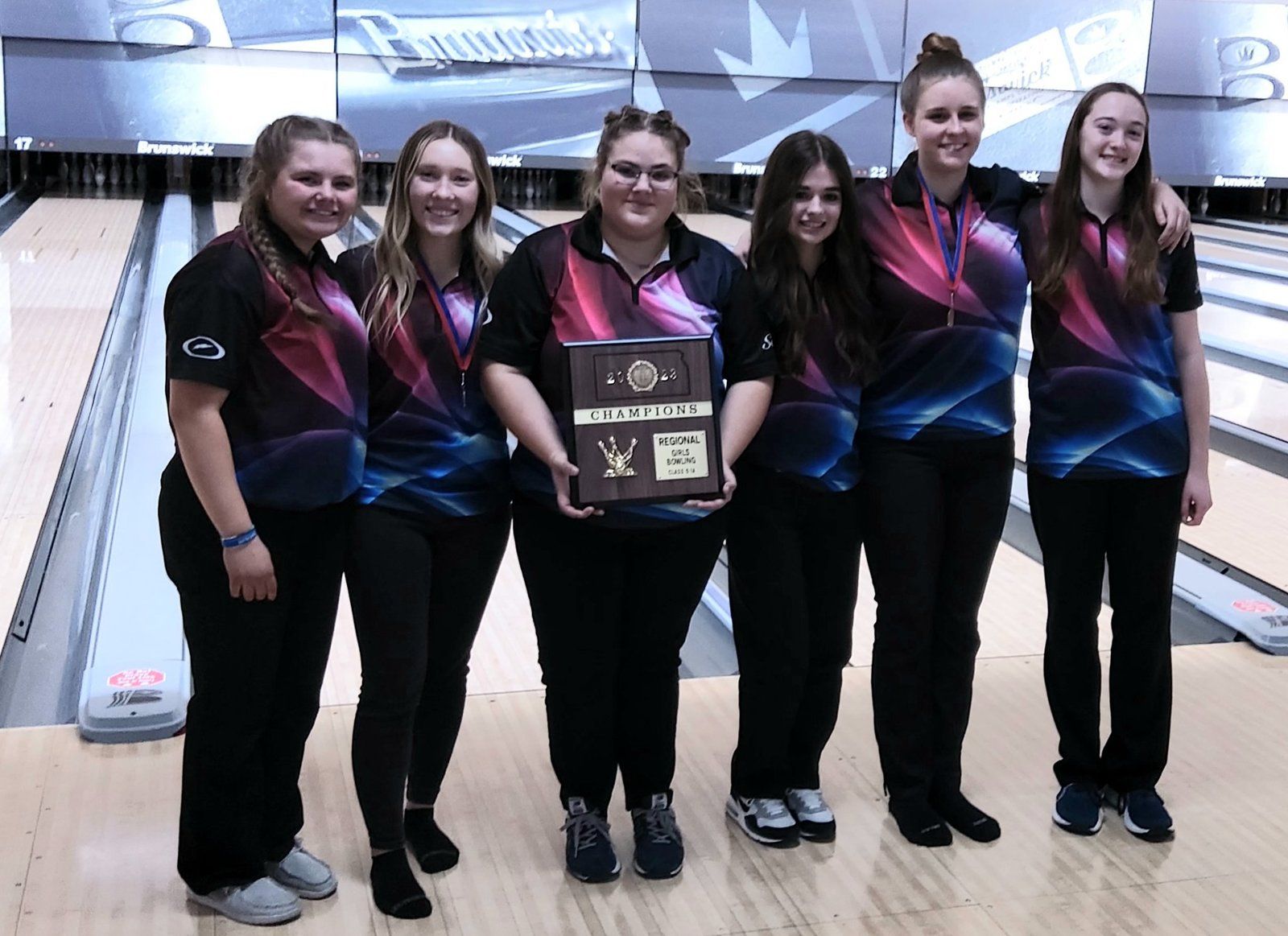 Individually, Seaman sophomore Katie Price leads the girls standings with a 658 series, while Washburn Rural's Hannah Casto is currently second with a 650 and Seaman's Makenzie Millard third with a 590.

Seaman, the two-time defending boys league champion, got its day off to a slow start in the first game, with none of the Vikings topping the 200 mark, but Burns led the way as the team caught fire the rest of the day and took over the the top spot in the four Baker format games.

"It was a rough start," said Burns, a sophomore. "We just used that as motivation. We knew we had to do better than that."

"Baker really helped us come back, especially from that first game. We kind of had a little group meeting after that first game while Bob (Seaman coach Bob Benoit) was writing the scores down. We just talked it over and regrouped from that."

It would take a herculean effort by Emporia's girls to overtake Seaman, which turned in a solid performance Wednesday in the altered format.

Price said her team just tried to concentrate on what it needed to do.

Price and Casto dueled throughout the day for the girls lead, with Price ending up a mere 8 points ahead of the Junior Blue senior standout.

"Hannah's really good and one of my top competitions and I'm glad she did well," Price said. "I just told myself to focus on what I needed to do. I got everything out of my head and did what I had to do. I found a good pocket out there today."