Washburn University senior golf standout Andrew Beckler finally did have a bad hole in the Washburn Invitational, carding a triple bogey on the 435-yard No. 17 hole at Topeka Country Club in Tuesday's final round of the 54-hole tournament.

But that was the only misstep in a spectacular performance by the former Washburn Rural star, who put together rounds of 64, 68 and 68 (13 under par) to win the individual tournament championship by 13 strokes while leading the Ichabods to the team championship by a whopping nine strokes.

Beckler, who tied the TCC amateur course record with an opening-round 64 on Monday, began the day with a 9-stroke advantage over the field and kept his foot on the gas Tuesday, with his final round still the low score in the field despite the one bad hole.

"It was still rock solid,'' Beckler said. "I played really well, just one loose swing cost me, but I can't focus on that when I had so many good things happen this week, so many positives to take away. You've got to look at those.''

As a team the Ichabods were just 9-over-par for the event, taking an 861-870 victory over MIAA foe Missouri Western.

"We accomplished both our goals this week,'' Beckler said. "I wanted to win individually and I wanted our team to win coming off a week last week where we probably should have won.

"It was good to bounce back and get one done on our home track.''

In addition to Beckler's win, the Ichabods, who had several players compete as individuals, got a third-place tie from Dawson Wills (215), a sixth-place tie from Michael Bessenbacher (219), a 12th-place finish from Caden Vanlandingham (224) and 13th-place ties from Jackson Wexler and Ian Trebilcock (225).

"The course got to where it was really wet. There was a lot of casual water late, but we were lucky to get it in and a win's a win. There's some good teams here and it was a good win.'' 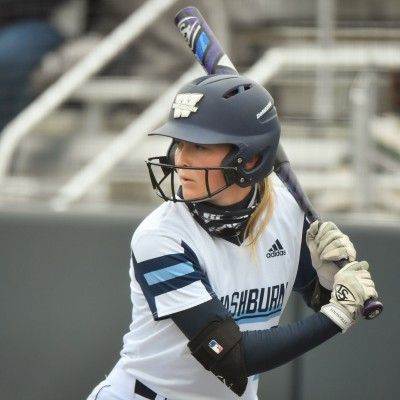