Kurt Davids has put together an impressive list of accomplishments in his 28 years as Topeka West's boys tennis coach, coaching state champions in both singles and doubles and leading the Chargers to top-three state team finishes.

But one thing had always eluded the veteran coach ... until Thursday that is. 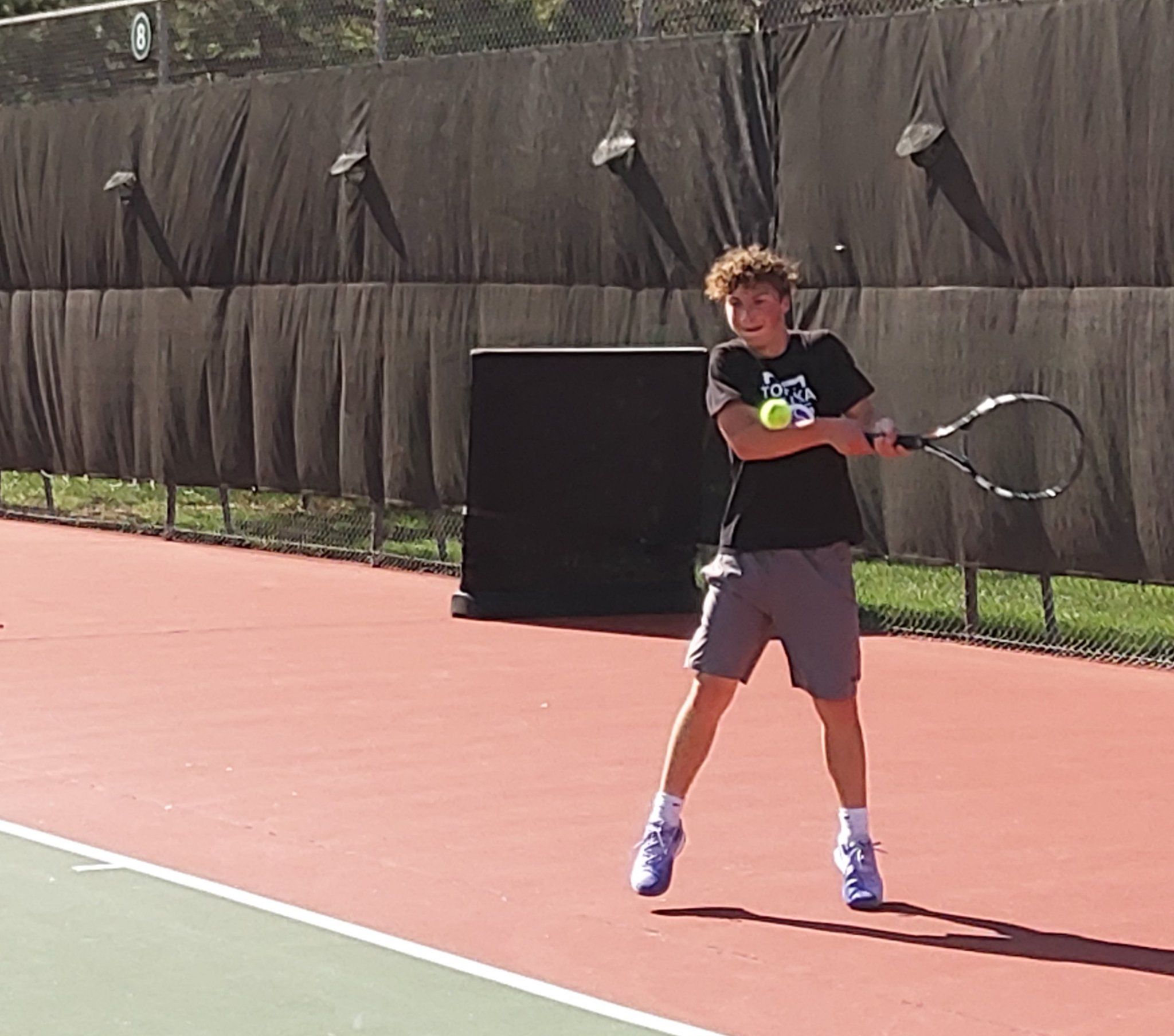 "It was our goal coming into the season to get coach a win because he hadn't ever won since he's been here and that was our goal, to get him the win,'' said city No. 1 singles champion Carter Cool, a sophomore. "It was great to come in as a team and do what we wanted to.''

Davids said he had never dwelled on the fact that he hadn't won a city crown, but obviously was happy to end that string.

Cool captured the No. 1 singles title with an 8-2 win over Shawnee Heights' Jaden Rodriguez while sophomore twin brothers Ian and Miles Cusick won the No. 1 doubles championship with an 8-1 win over junior Nick Luetje and sophomore Mason Casebeer of Washburn Rural. 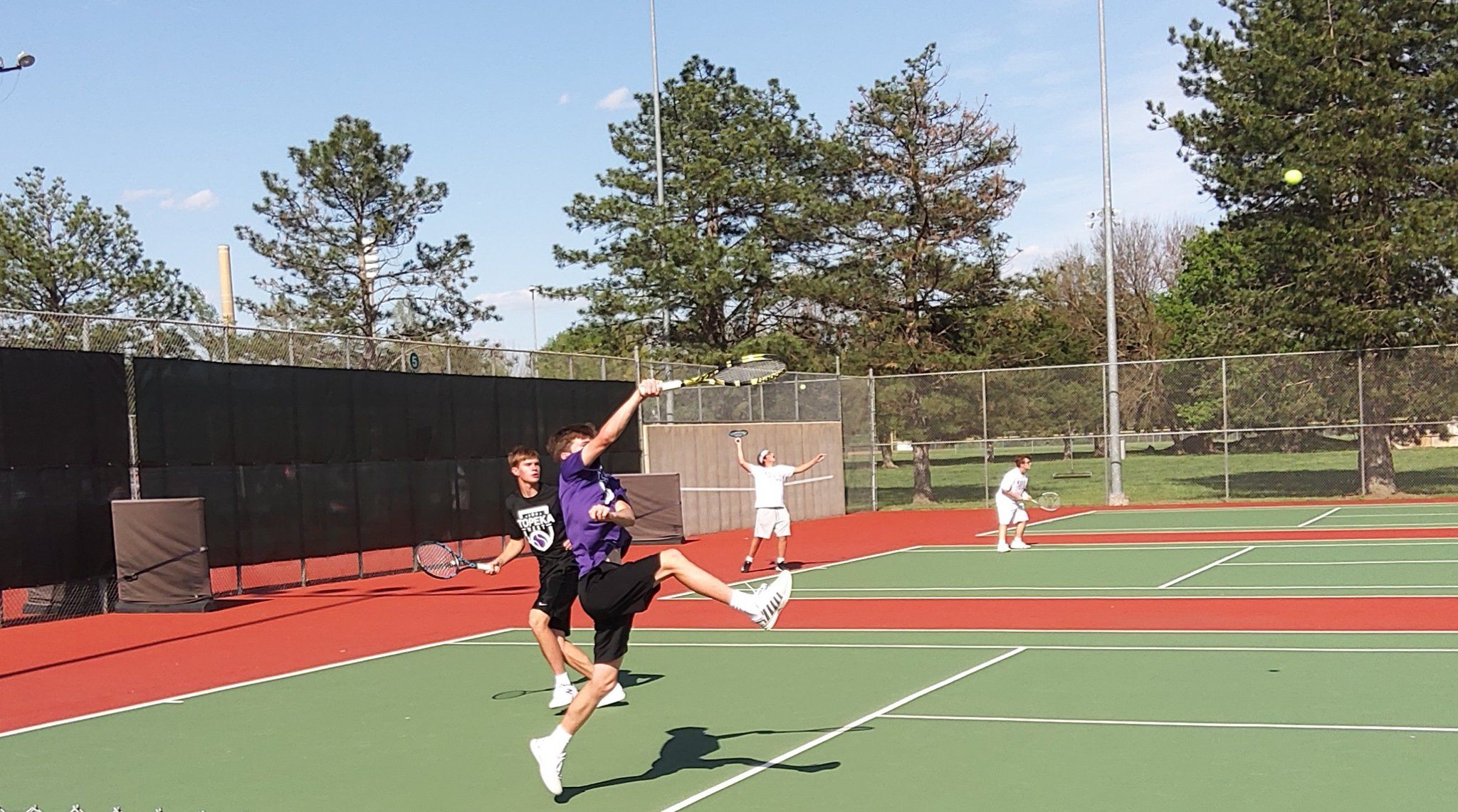 Topeka West sophomore Ian Cusick returns a shot while his twin brother, Miles, stands by. The Cusicks won the No. 1 doubles title to help the Chargers win the team crown. [Photo by Rick Peterson/TSN]

Runnerup Rural swept the No. 2 titles, with senior Aryamann Zutshi winning the singles championship with an 8-5 win over West freshman James Maag and Junior Blues juniors Jiyoon Park and Zach Willingham taking an 8-2 decision in the No. 2 doubles final over Topeka High's Nathaniel Routsong and Walter Evans.

Cool entered the tournament as the top seed in the No. 1 singles division, but said he couldn't afford to take anything for granted..

"I felt like there was some good competition our here, especially the people I haven't seen before,'' Cool said. "I did get the No. 1 seed, but that doesn't mean much. You've still got to come out here and play.

"I was still a little nervous, still a lot nervous.''

The Cusicks, who like Cool were competing in their first city tournament, also turned in a decisive win in their championship match.

"I think I was worried a little bit, but I think I was also confident,'' Miles Cusick said. "I think we've been playing pretty well recently. We knew we had to stay consistent and get the job done.''