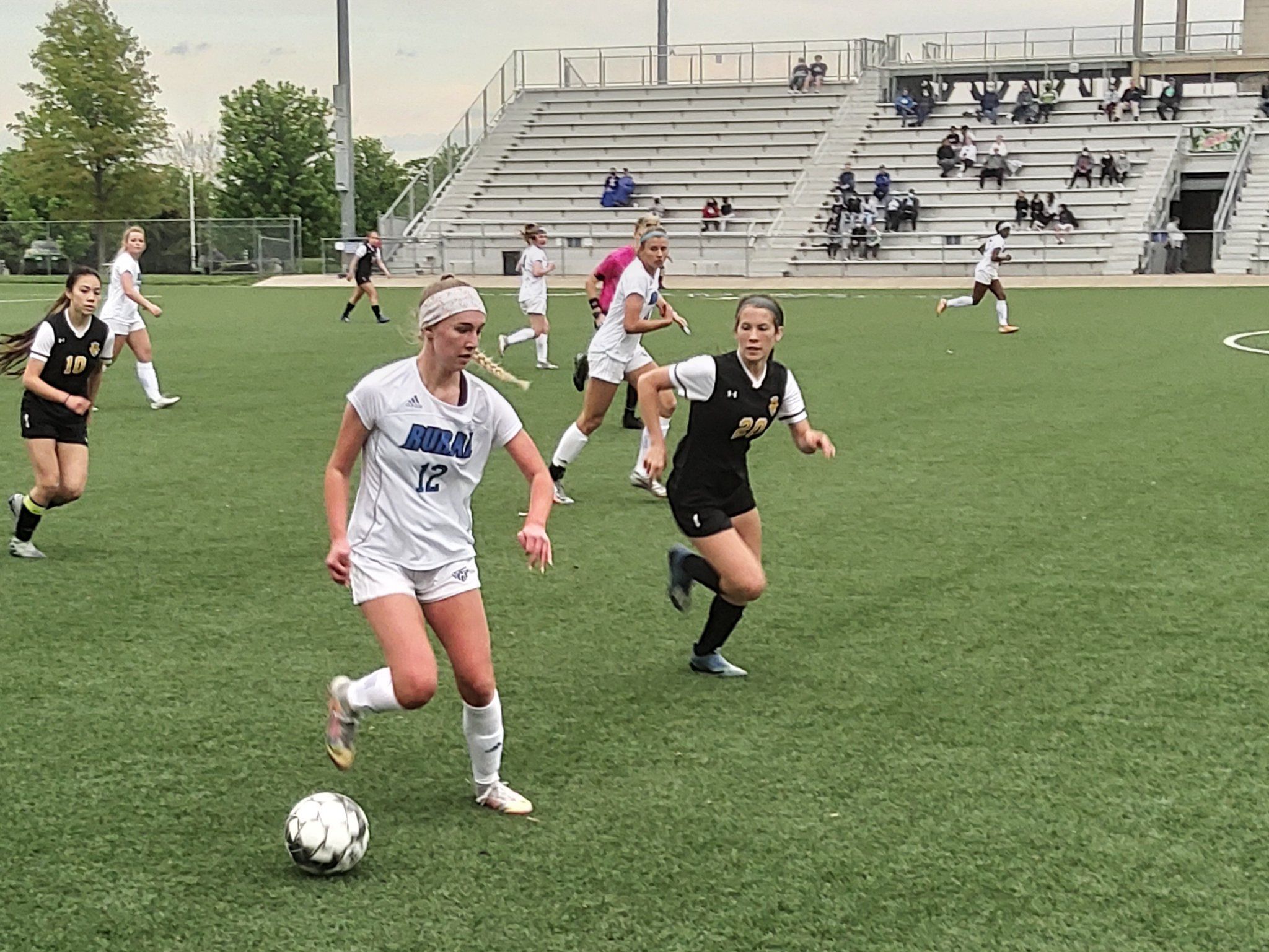 Washburn Rural's girls soccer team still has bigger heights it wants to scale this spring, but the Junior Blues took the first step in that process Monday night at Hummer Sports Park, wrapping up a perfect Centennial League season with a 7-1 romp past Topeka High.

The league title was Washburn Rural's 16th in school history and the Junior Blues' eighth in the past nine seasons. Rural has won 41 straight games in league play.

"Our goal is always at the end of the season to be there (in the state title hunt). We've been in the last two state championship games and our goal obviously is to be back here (at Hummer) in two and a half weeks and try to win it because we've been really close. We think we have the team to do that, but there's still some things we have to fine tune.''

The Junior Blues needed just 1 minute, 35 seconds to get on the scoreboard against Topeka High, with junior Hunter McWilliams finding the back of the net, and Rural was in command 3-0 with 20:06 left in the first half after goals from junior Emma Krueger and senior Brynn Fitzgibbons.

Sophomore Bri Jones put the Junior Blues up 4-0 with 12:27 remaining before halftime and senior Joy Ngibuini made the halftime score 5-0 with 6:34 left in the half.

Rural's scoring pace slowed after halftime, but the Fitzgibbons picked up her second goal of the night early in the second half and sophomore Mackinly Rohn capped the Junior Blues' scoring with 16:20 left.

Topeka High got on the board on a shot from junior Luxanna Sands with nine minutes left.

Junior Mary Dietrick picked up the assist on Sands' goal for Topeka High. 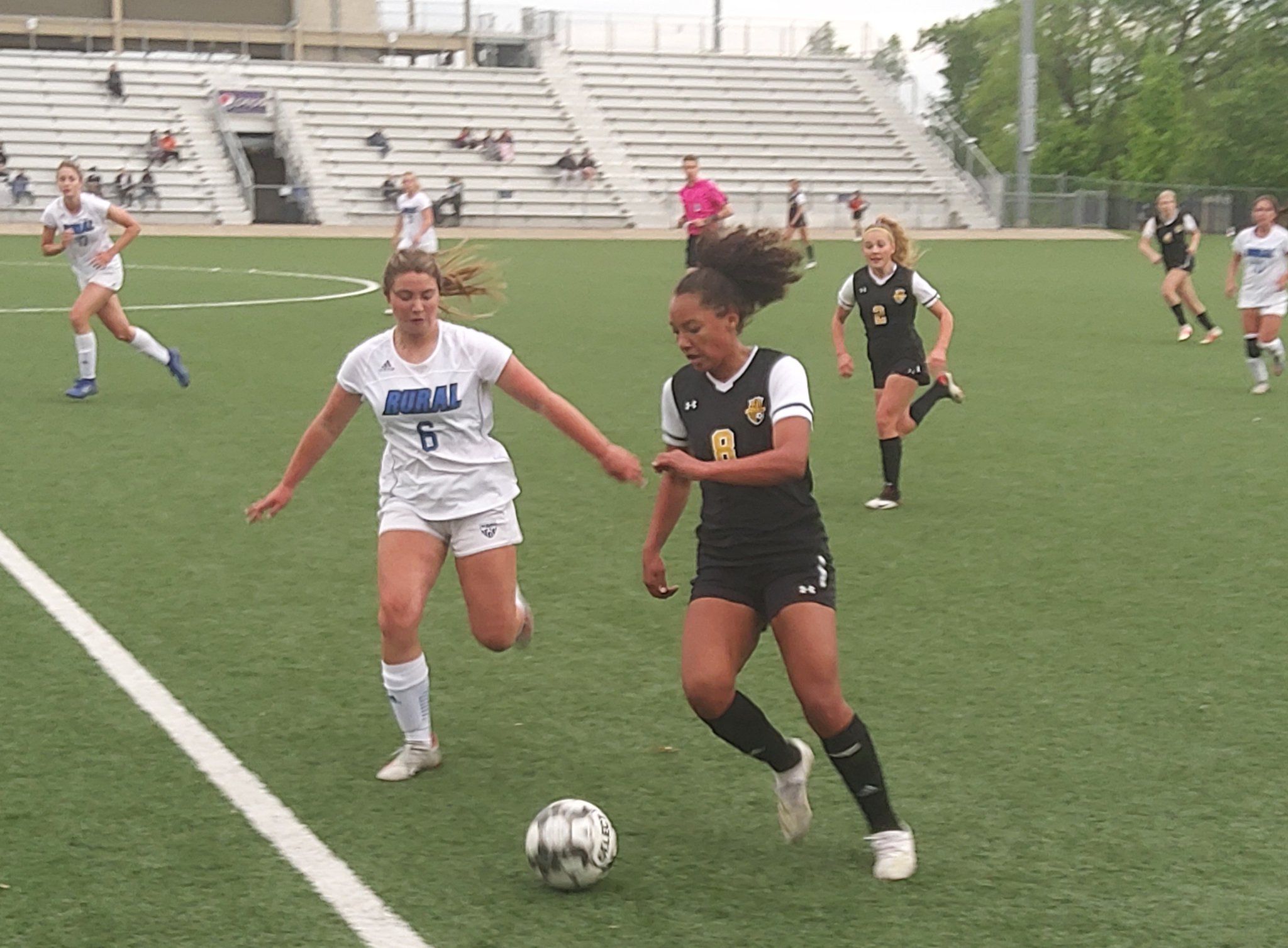 Despite the loss, Topeka High coach Derek Snook felt the Trojans took a step forward with their second-half effort.

"The second half we came to play,'' said Snook, whose Trojans fell to 7-8-0. "The second half we were challenging and granted, against a team like that you take your lumps, but you try to get better and I think we got better in the second half. Competing is the key to this year.''